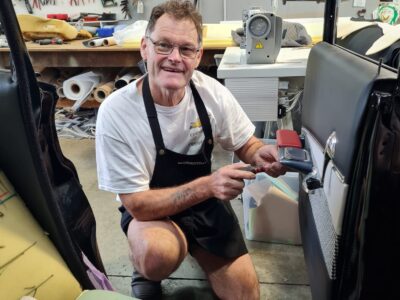 Chewing the backseat of the family Vauxhall at the age of 3, Malcolm got his first taste for upholstery. Upon leaving secondary school at 16 years old, he had the choice to do an apprenticeship or head back to school. After Malcolm finished 9,000 hours for his apprenticeship at Hadwen Auto Trim in Hastings and completed his Certificate of Due Completion of Apprenticeship. 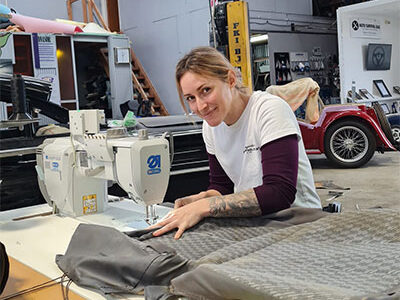 Bobbi-jo Wilkie was first introduced to Motor Trimming from a young age as Malcolm and Stephanie owned Napier Auto Upholstery before she was born. At age 11, she got her first job at Napier Auto Upholstery, doing odd jobs around the workshop. Bobbi always wanted to be a fashion designer. After she completed her Level 4 in Fashion Apparel at EIT quickly realised it was not for her.

With her love of cars and 25 years experience in sewing and her skill in pattern making, she decided to try Motor Trimming. She has now completed her MITO Level 3 in Industrial Textile Fabrication at Napier Auto Upholstery as a part of her apprenticeship. Now with Bobbi working and managing the workshop, and taking shares in the company, Stephanie and Malcolm can ensure that Napier Auto Upholstery remains in good hands. 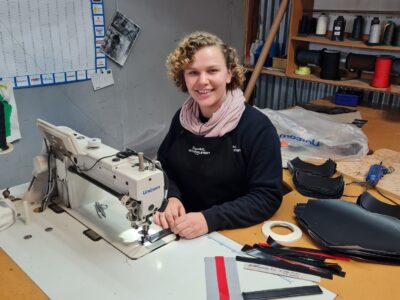 Tessa Paaymans has 14 years’ experience in sewing and has a background in fashion and costume. She has worked for Weta workshop and world of wearable art. Tessa has had articles in British Vogue and has shown a collection at New York Fashion week. Tessa has spent her life around vintages, classics, speedway and track racing. She started restoring cars with her dad four years ago and knew that using her skill base in design and sewing would be a good match for auto upholstery. Which led her to Bobbi and Malcolm and their vast knowledge.

She is currently working towards her MITO Level 3 Textile Fabrication and has completed her Level 4 Fashion Apparel at EIT and Diploma in Costume Construction and Applied Industries at Toi Whakaari already up her sleeve. They all share a natural enthusiasm towards cars.  When Tessa is not at Napier Auto Upholstery you can find her at her family business Auto Class painting and restoring cars. 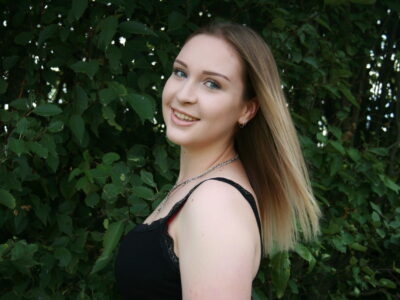 Kim Thomas is a full-time student who is studying here locally in Hawkes Bay at EIT. She has completed her Diploma in Business Accounting and is currently working towards her Bachelor’s in Business majoring in Marketing and Management. Kim is a musician who has been playing classical guitar for over 14 years and has spent her life surrounded by family and friends who also like to spend their time playing musical instruments.

Over the years she has watched her parents restore vintage and classic cars, which have grown her interest and love for cars over the years gone by. Working at Napier Auto Upholstery has allowed her to pursue her passion for business while being able to see the team restore the upholstery for other car lovers.